Miniatures from Helldorado, painted by Forgenoiser
Posted by RIGHT ARM LABS at 23:40 No comments:

Custom Containers For All Occasions

Going Hard In the Paint

Taste the rainbow, but not really. We are testing some alternative colour schemes for our Container line. Different colour options are currently available by request. 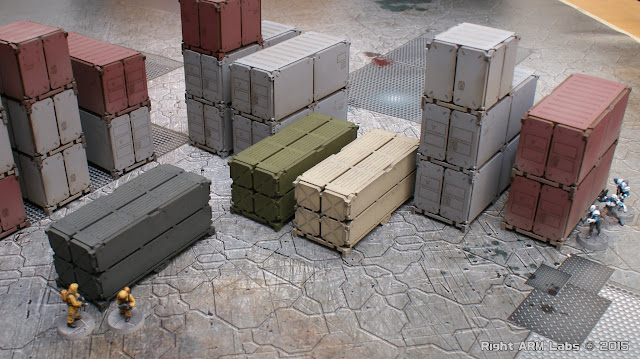 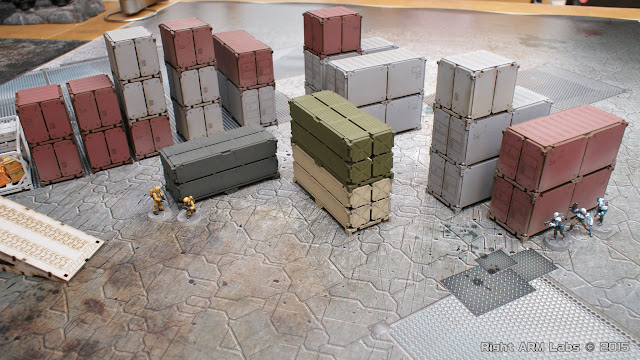 The Shop page underwent a revamp and now has categories for easier navigation. New Cargo Container line has been added to the Accessories category. 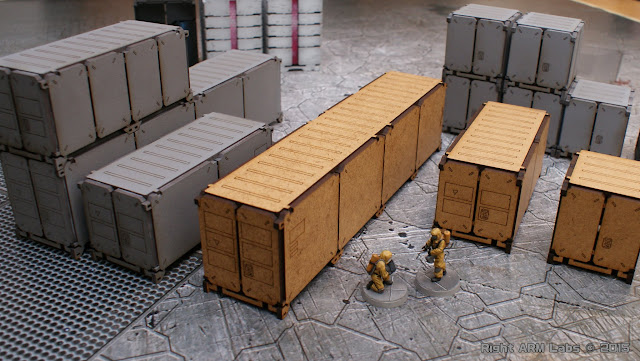 Finished a large custom order and updated the Battlefields page.

Vacations are done and we are right back in the saddle. Shop updates are in the works!

The Right Arm Labs crew is going on vacation starting on the 17th of August and will only be back on the 1st of september.
Any orders sent starting today will only be proceeded only after our return.
We want to thank you for your patience and understanding.
See you soon! 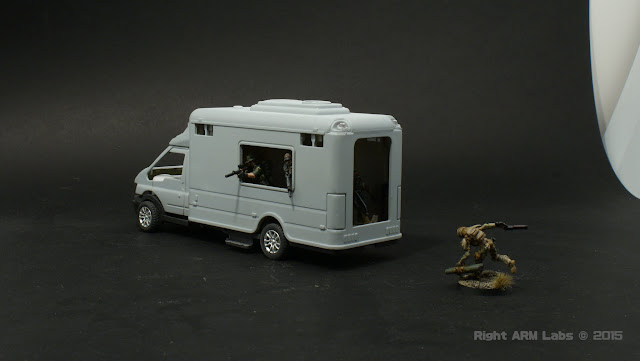 Test battlefield with stairwells, catwalks, bridges and containers only. 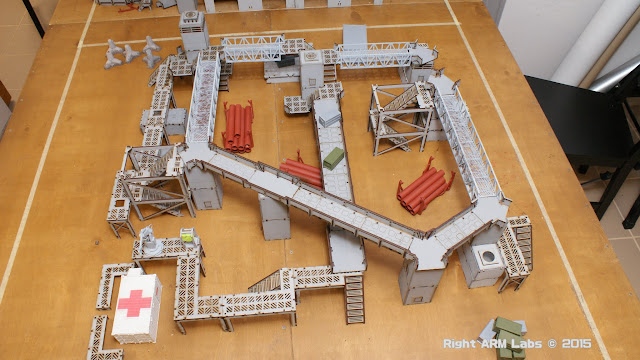 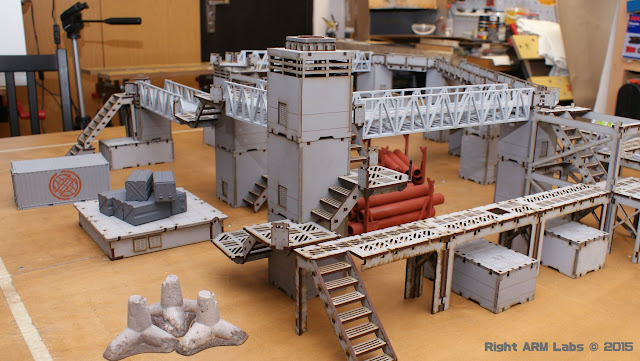 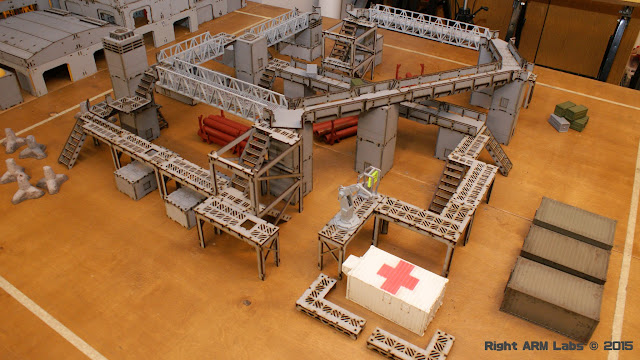 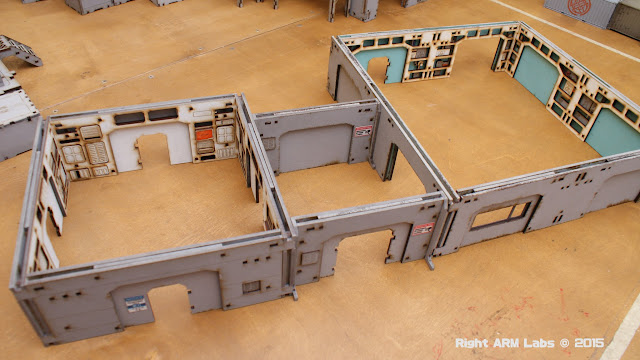 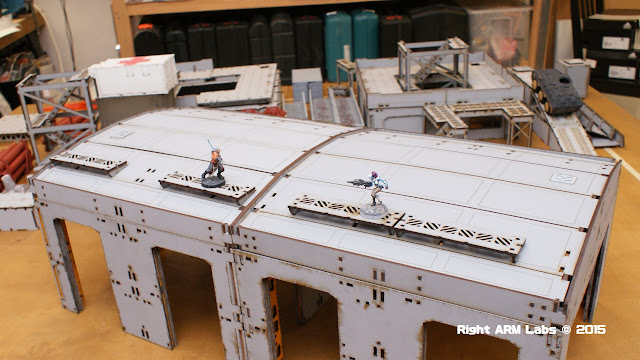 Two new versions of the Control Room have been added with different decorations and serial numbers. 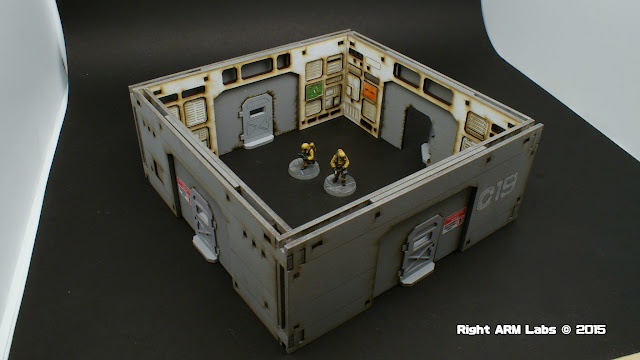 Added a new blog page - Battlefields. Created for the purpose of collecting photos of Right Arm Labs tables used for games of Infinity, Warhammer 40k, Dust Warfare and everything else.

We will be updating the battlefields section as we go.

Feel free to contribute your own gaming tables!
Posted by RIGHT ARM LABS at 23:09 No comments:

Here is the current progress of the hanging bridge system: 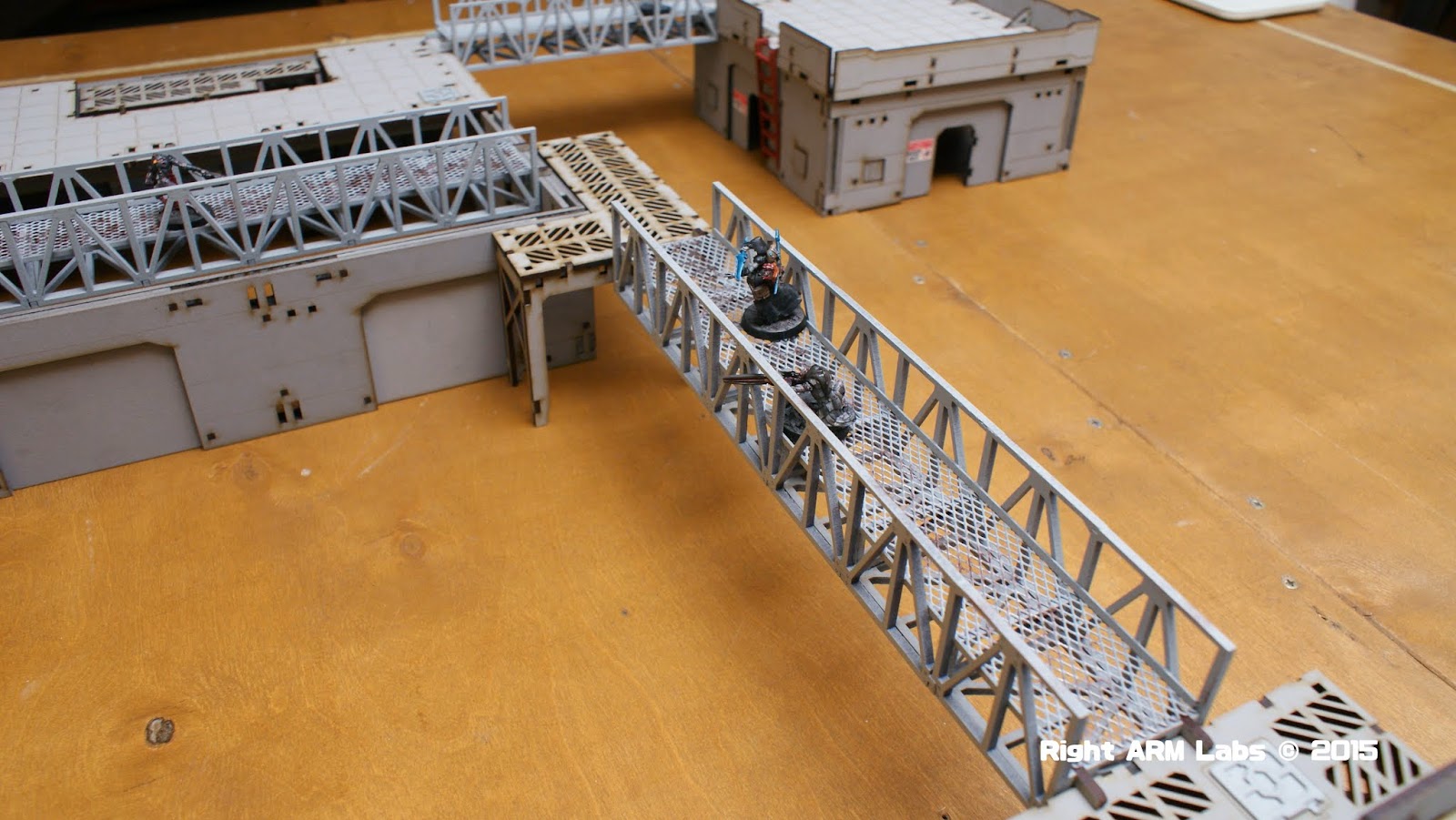 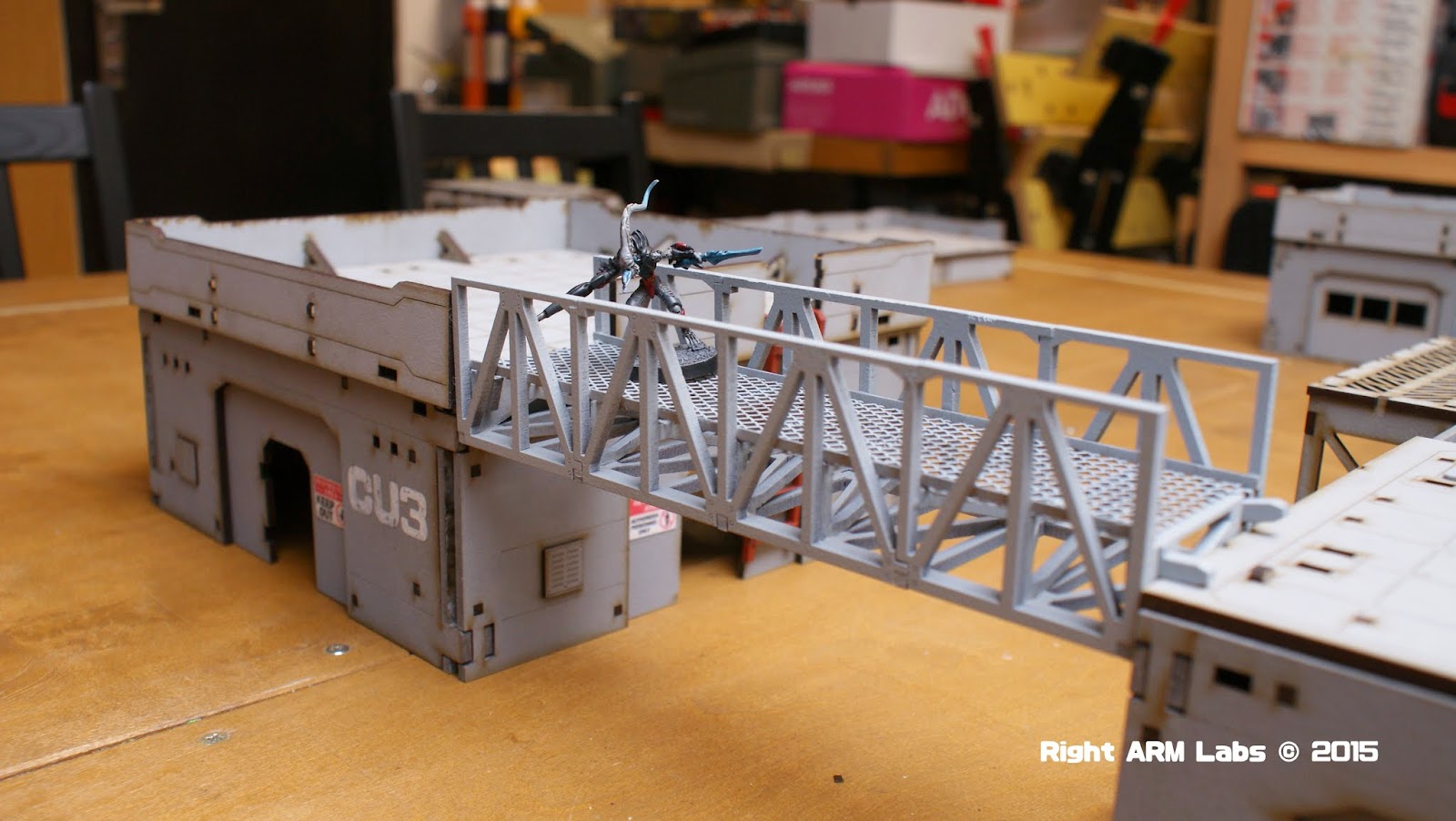 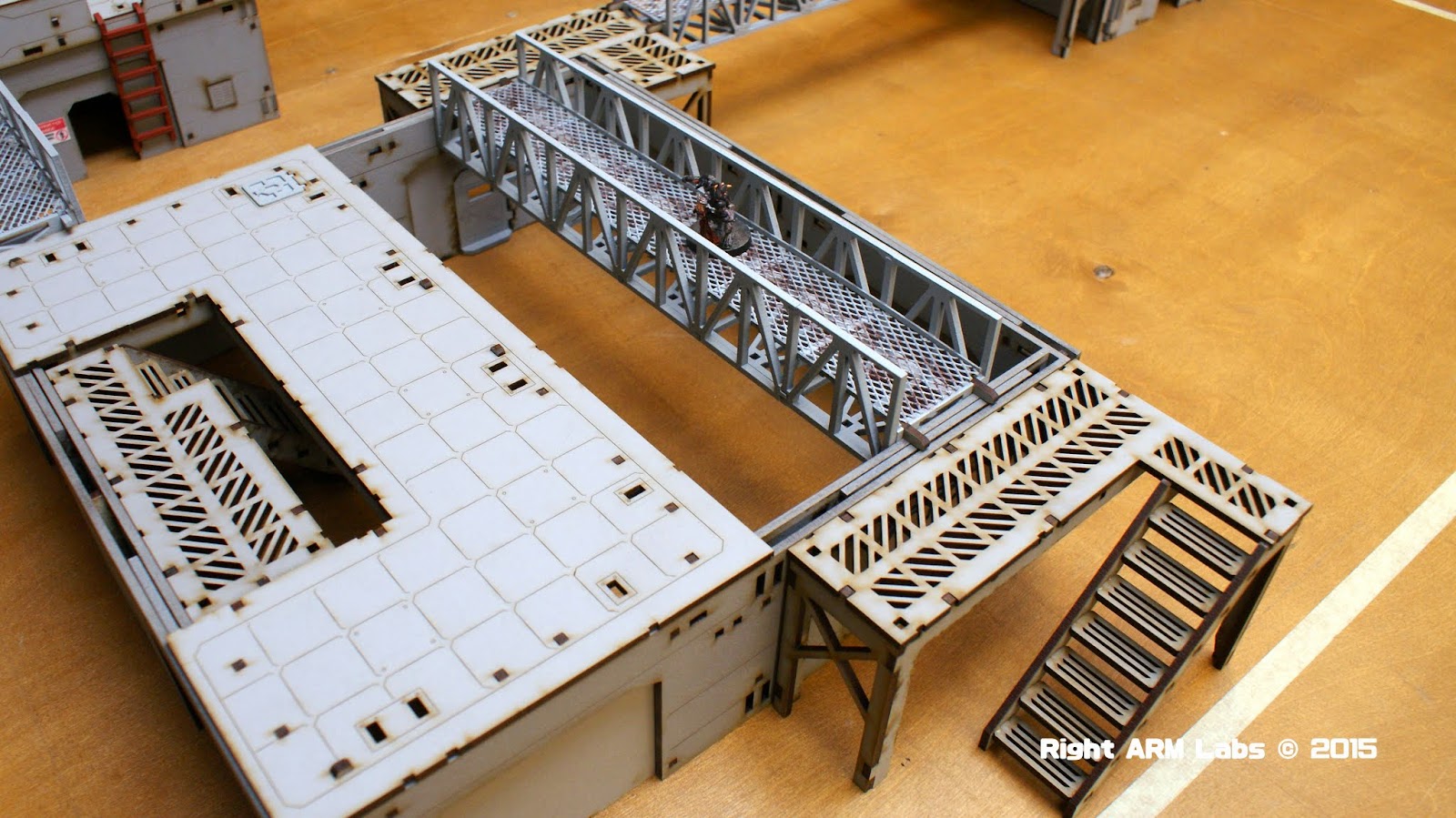 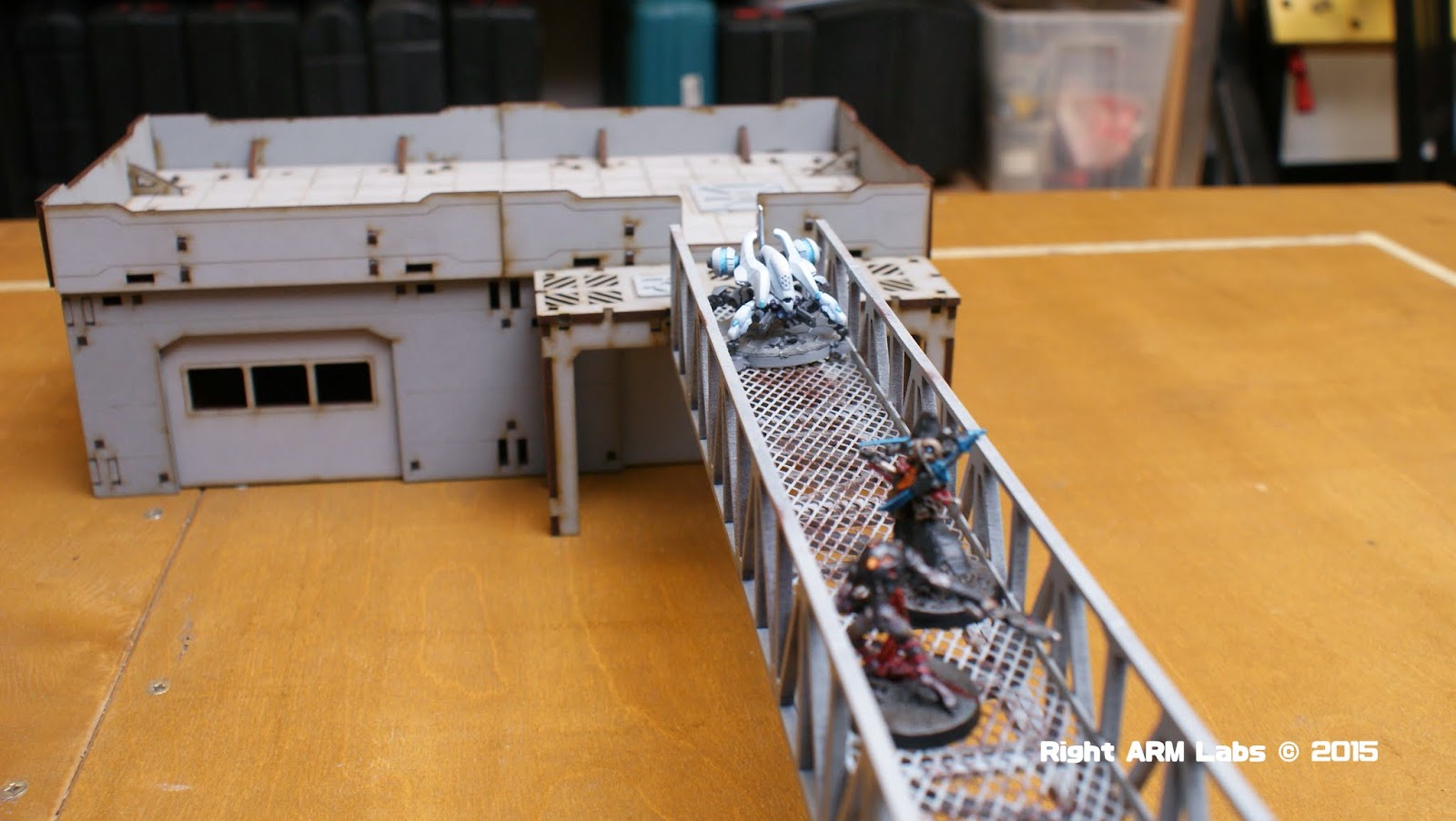 ... and Jolly Painting to the wargamaing community! 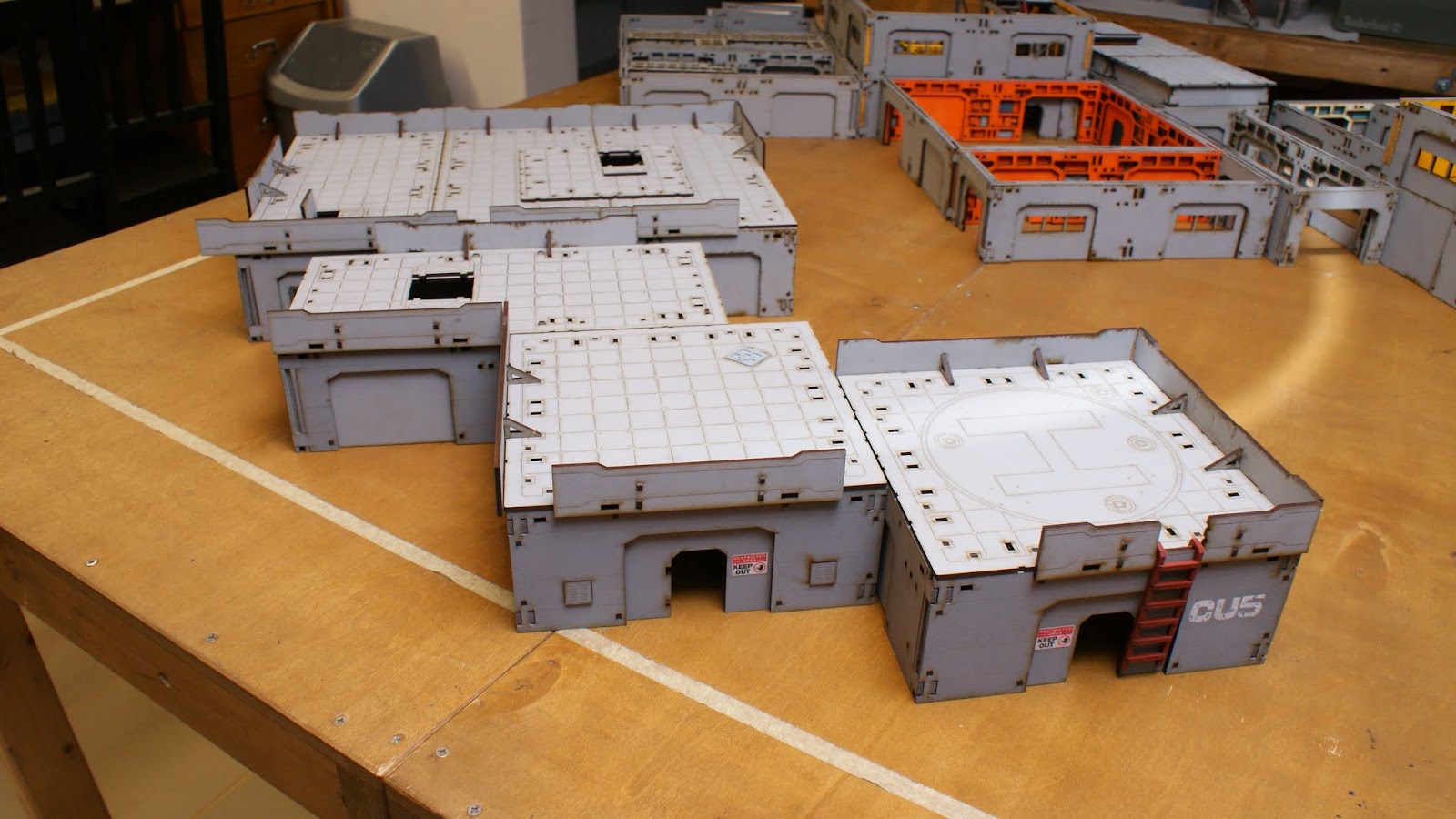 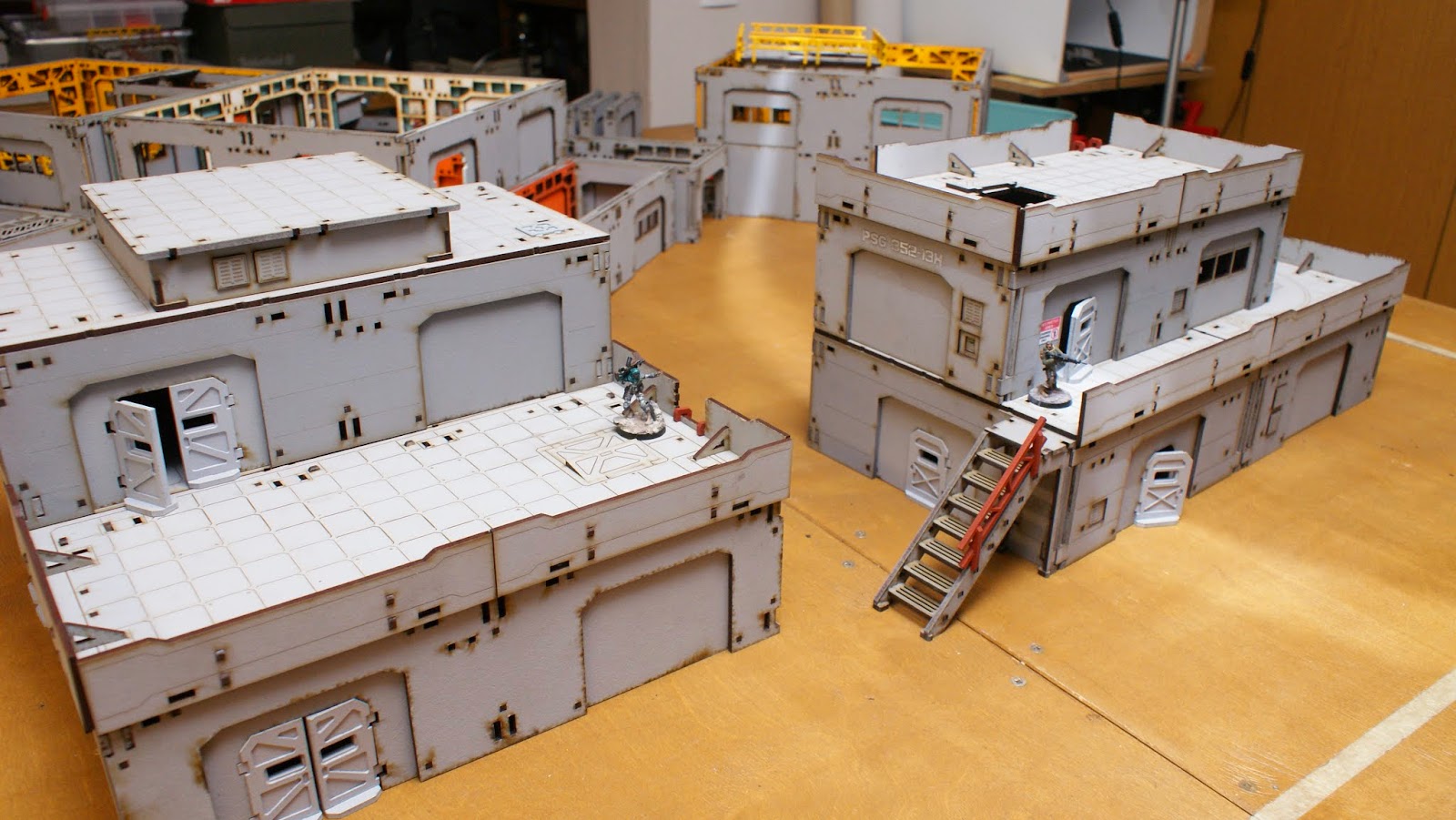 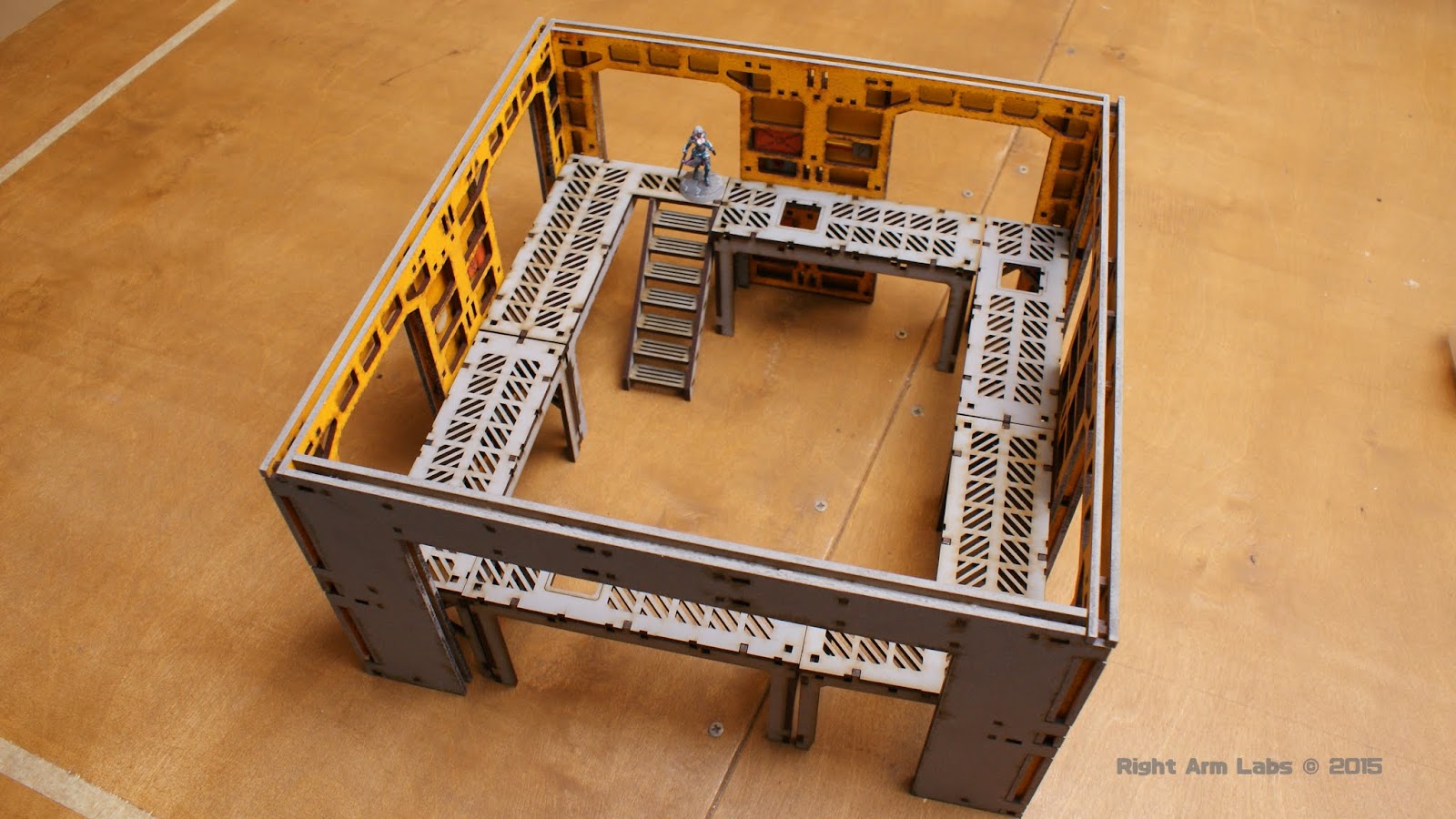 Currently working on modular rooftop/second floor components. It's designed to be compatible with our catwalk system being made in parallel.

Battle for the City: I